Positive Vital Signs: Democracy and the Graffiti of Lord Byron and Lady Pink

Posted by Columbia University Club of Chicago on July 21, 2022 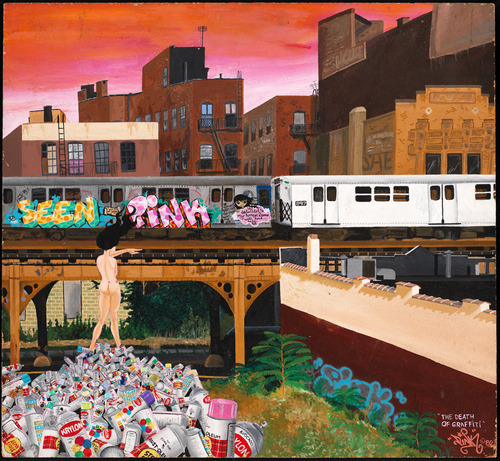 Join Dr. Jonathan Gross, Columbia alumni and Professor in the Department of English at DePaul University for an intriguing time, mind, and cultural bending presentation on the significance of graffiti. Dr. Gross explores Lord Byron’s graffiti in Greece, comparing it to the work of Lady Pink, a graffiti artist from Astoria, Queens. In this presentation he contrasts Byron’s graffiti in Sunion, Delphi, and Chillon against practices in Pompeii, Tudor England, and nineteenth century public schools such as Harrow. Though Roger Rosenblatt characterized graffiti artists as vandals, Dr. Gross suggests that their work is a cultural and political protest against homogeneity.

The argument against graffiti takes the form of high/low contrasts, which reveal class bias and ahistorical discussions. Mary Beard, Claire Taylor, Kristina Milnor, and Juliet Fleming have shown that graffiti is often quite literate and learned, as Christopher Wordsworth, William Gell, and William Blake understood, expressing viewpoints through singing statues (1550) that have relevance to political protest globally. Graffiti is a sign of democratic health, rather than a phenomenon to be bemoaned. This is the first in a two part series given by Dr. Gross this year. This presentation offers us a radical new way of thinking about the liberating potential of the many forms of graffiti we encounter on a daily basis.